The Redskins Trademark Registrations Are One Step Closer to Cancellation

20+ Years of Cancellation Petitions
“REDSKINS” was first used as a mark in 1933 and was first registered in 1967. Five related marks have since been registered—including “WASHINGTON REDSKINS” and the familiar design in 1974, and “REDSKINETTES” for the cheerleaders in 1990—making a total of six “redskins”-related registrations owned by Pro-Football. The marks have consistently been used in conjunction with Native American symbolism, including in graphic designs and cheerleader headdresses.
A first attempt at cancelling the marks was made in 1992, but ultimately failed on procedural grounds. In 2006, while the 1992 case was still under appeal, Amanda Blackhorse and four others filed an independent cancellation petition at the TTAB against the same REDSKINS marks. The TTAB found that the marks were not protectable under federal trademark law because they “may disparage” a substantial composite of Native Americans when considered at the time of registration. The TTAB ordered the marks cancelled in 2014. The Federal District Court for the Eastern District of Virginia reviewed and affirmed the TTAB decision, and the case is now on appeal at the Fourth Circuit Court of Appeals.
Deciding Whether a Mark “May Disparage”
Not all marks canbe registered under federal trademark law, which was established by the Lanham Act. Among other categories, federal trademark registration is not available for marks that:
Courts have further interpreted this restriction to bar marks that “dishonor” a particular group by making deprecating or degrading comparisons (e.g., Pro-Football, Inc. v. Harjo, 284 F. Supp. 2d 96 (D.D.C. 2003). Marks violating these restrictions are routinely denied registration. Similarly, an existing registration may be cancelled on the same grounds if the mark is determined to have violated these restrictions at the time it was registered—i.e., the assessment of whether a mark is disparaging turns on whether the mark was disparaging at the time of registration. Cancellation petitions are first considered by the TTAB, which may be appealed through the federal courts.
A two-part test is used to determine whether a mark “may disparage” a group, and is thus not protectable under federal trademark law.
Step 1: Determine the Meaning of the Mark
Many words have multiple meanings, making it necessary to determine the likely meaning of the mark in question. This considers all elements of the mark itself, dictionary definitions, the nature of the goods or services, and how the mark is used with the associated goods or services.
A recent case involving the mark “THE SLANTS” highlights this assessment (In re Tam, 385 F.3d 567 (Fed. Cir. 2015). The rock band “The Slants” was denied registration on the grounds that it “may disparage” Asian Americans. Although the band argued that the word “slant” has other innocuous meanings, the mark was held to “likely mean” people of Asian descent. The decision cited Asian-influenced graphics surrounding the mark on the band’s website, dictionary definitions, comments made by the members themselves, and discussions by the media.
In the case of the Redskins marks, Pro-Football acknowledges that the term “redskins” does refer to Native Americans. As such, the final determination of disparagement hinges on step two of the test.
Step 2: Determine Whether the Mark May Disparage
The likely meaning of the mark must next be assessed to determine whether it refers to an identifiable person, institution, belief, or national system. If so, the question becomes whether that meaning may disparage a substantial composite of that referenced group. Only the views of the referenced group—not the general public—are accounted for, and the views need not constitute a majority. Dictionary definitions are once again considered, as are scholarly and media references and statements by individuals or group leaders within the referenced group.
The “SLANTS” case is once again instructive, as the band members were themselves Asian Americans. Despite the band’s lack of intent to disparage, being members of the referenced group themselves, the mark was widely regarded by Asian Americans to be offensive and racist. Dictionary references supported this finding as well, defining the mark as a racial slur.
For the Redskins marks, this determination considers whether the marks may disparage a substantial composite of Native Americans at the relevant time period of registration, the earliest being in 1967. The Federal District Court, citing dictionaries, publications, and Native American leaders, upheld the TTAB determination that the term was widely-regarded as offensive and may disparage a substantial composite of Native Americans at the time of registration.
The Fate of the Redskins Trademark Registrations
Stay tuned for the conclusion of this 20 year challenge, which is likely to occur within the next year. It is important to note that the outcome of the federal court battle has no effect on Pro-Football’s ability to use the marks. Pro-Football may continue using the REDSKINS marks to designate the Washington football team, even if the U.S. Supreme Court were to ultimately rule against Pro-Football and find that the REDSKINS marks are not protectable under federal trademark law. However, a final cancellation order by the federal courts would greatly diminish the value of the REDSKINS marks. It is unclear whether common law rights remain enforceable for disparaging marks at the federal level. In the event that federal common law protection were also lost, Pro-Football would be limited to only state-based trademark protections. Such a limitation would effectively eliminate any practical recourse that Pro-Football would have against would-be infringers using the REDSKINS mark. 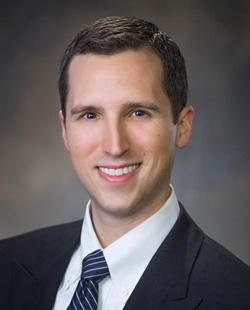 In August, Thomas Knight joined Andrus Intellectual Property Law's Milwaukee office as an associate after graduating with honors from Marquette University Law School, where he served as President of the Intellectual Property Law Society. Prior to law school, Thomas earned a bachelor of science degree in biomedical engineering from the University of Wisconsin-Madison. He subsequently worked for several years in engineering, manufacturing, and operational roles for a Fortune 10 corporation. During this time, Thomas also earned a masters degree in business administration (MBA) from Marquette University.

Thomas focuses his practice on domestic and international patent and trademark prosecution and enforcement. He counsels clients regarding patentability and infringement issues and provides written patentability and clearance opinions.

Andrus was once again included in the guide entitled IAM Patent 1000 - The World’s Leading Patent Practitioners. The IAM Patent 1000 is a standalone publication that identifies individual and firm expertise in all major areas of patent law and practice. Through an extensive research process by a team of highly qualified analysts, the publication identifies the top patent practitioners and law firms in 40 of the world’s most important jurisdictions and 17 U.S. states. In addition to firm-wide recognition, Peter Holsen, Joseph Kuborn, Aaron Olejniczak, Michael Taken and Tammy VanHeyningen were featured individually, based on positive feedback from clients and associates.

In August, Andrus Intellectual Property Law sponsored and participated in the Milwaukee Bar Association’s golf outing benefitting The Milwaukee Justice Center (MJC). The MJC is a collaborative project between the Milwaukee Bar Association, Milwaukee County, and Marquette University Law School, which aims to ensure that self-represented litigants have a fundamental right to access the justice system even if they cannot afford an attorney or do not qualify for legal aid.